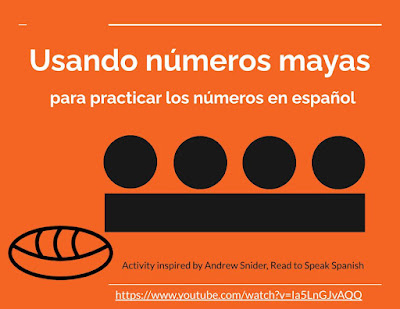 Over the years I have found that most of my Spanish students, in all levels, benefit from class activities that involve numbers. Usually what works best, is when they are focused on something other than the numbers! How ironic, right?

In Spanish 4 (students that have had a total of 300 hours in Spanish levels 1-3), I start the semester with a unit called Reconnecting to Spanish. Then the second unit is based on the novel Esperanza, by Fluency Matters, published in 2011. There are many excellent new novels that have been published since then, but the story of Esperanza is very engaging, based on a true story, and very comprehensible for the first book students read in the semester. Some students may have skipped a full school year of having languages, so this book shows them they can successfully read an interesting book in Spanish within weeks of returning to Spanish class!

Since I've been using this books for semesters each year since a while, probably since 2012, I have a long list of additional texts and activities to use. I also have the teacher's guide from Fluency Matters which has supplemental texts about the Mayans. Last spring was the first that I included the FREE lessons and activities in Fluency Matter's Prep4Success unit for Esperanza, materials designed to be used before starting the novel.

However, when I came across a YouTube video by Andrew Snider, of Read to Speak Spanish, I knew it would be a perfect fit.

The Benefits of the Activity:

(2) teach about the Mayan number system (cross-curricular!), and

(3) have students listen to 10+ minutes of a comprehensible explanation in Spanish.

These are the directions on the first Google Slide. 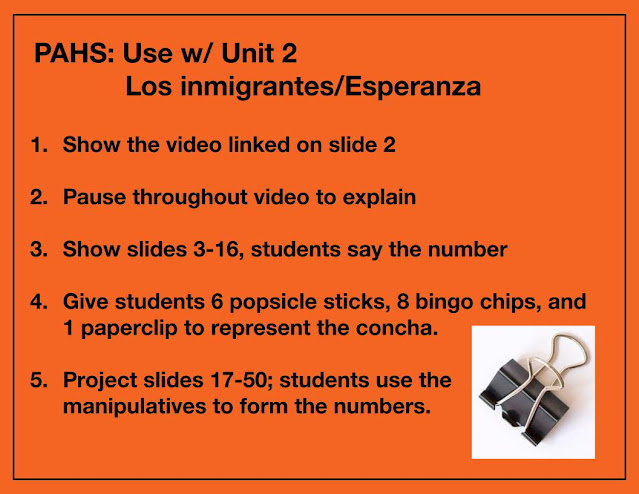 The Video:  https://youtu.be/Ia5LnGJvAQQ
Andrew Snider is the creator of the Read to Speak Spanish website. He also has a YouTube channel, which is where I found this video on the Mayan number system. It's over ten minutes BUT I predict your students will be focused on the explanation and demonstration of the number system, that those 10 minutes will fly by! At one point when he went from describing how to form 1-19, to how 20 was formed, I had several students saying "what???". At that point, one of my students asked if she could help explain it and I said sure! Why doesn't the principal observe when students take ownership of the lesson and volunteer to help others? LOL
BTW - If you need a comprehensible story for your students to watch on a day you will be out of school, I suggest using one of his stories on YouTube. He speaks clearly and slow enough for language learners to follow along, plus they're unpredictable and supported with drawings and images. It's a little gold mine of possibilities!
There will be some students that catch on to forming the numbers in a snap! I wanted photos of the students forming the numbers but they were so quick that each time I grabbed my phone they were already finished. The pictures I got were not the best. Oh well...
Below are a few images of the Google Slide presentation. If you are interested in using the presentation that I made, you can find it HERE. You'll need to make your own copy, and then you are free to make any changes to the presentation to best fit your classroom.
Practice slides - students verbally guess the numbers. First I showed a slide without the numbers written on them (only the symbols) and then clicked to the next slide after they guessed the number for ADDITIONAL INPUT on Spanish numbers. As you point out how much each symbol is worth, count aloud and/or have the students count together when adding up the numbers! 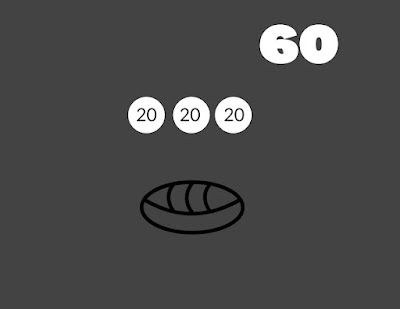 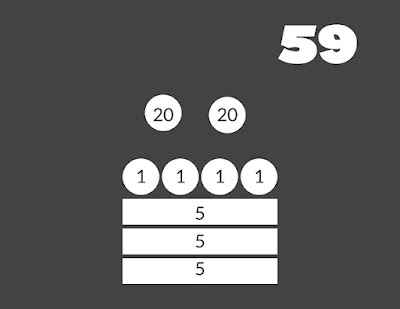 The orange slides are the ones that students used the manipulatives. Before the slide below, there is a slide that only has the number "90". To check their work, I clicked to the next slide and explained as necessary. 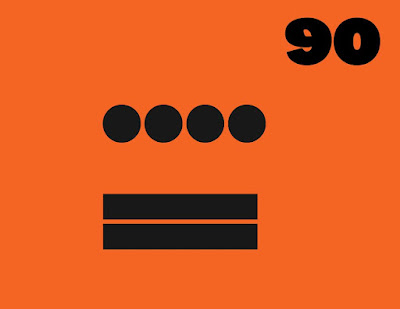 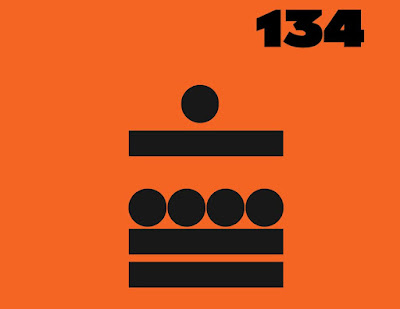