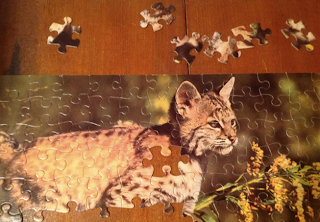 Chapter 12 of the Spanish reader Robo en la noche is a long chapter compared to the others. I searched the Teacher's CD guide for ideas and it suggested a jigsaw activity to divide the chapter among the students.

I decided to assign the students the jigsaw activity with a bonus incentive to understand and fully share their section of the text to their group members. How? With an informal quiz, that combines all the scores for one group, worth a bonus point for the group with the highest score.  See the explanation below. 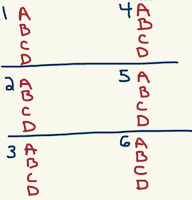 1. I wrote the list (on the right) on the board. I told students there needed to sign up for 1 of the 6 groups but also cautioned them that the groups are not what they may think they are.

2. Before class, I wrote the following information to show each group what section of the chapter they had to read.